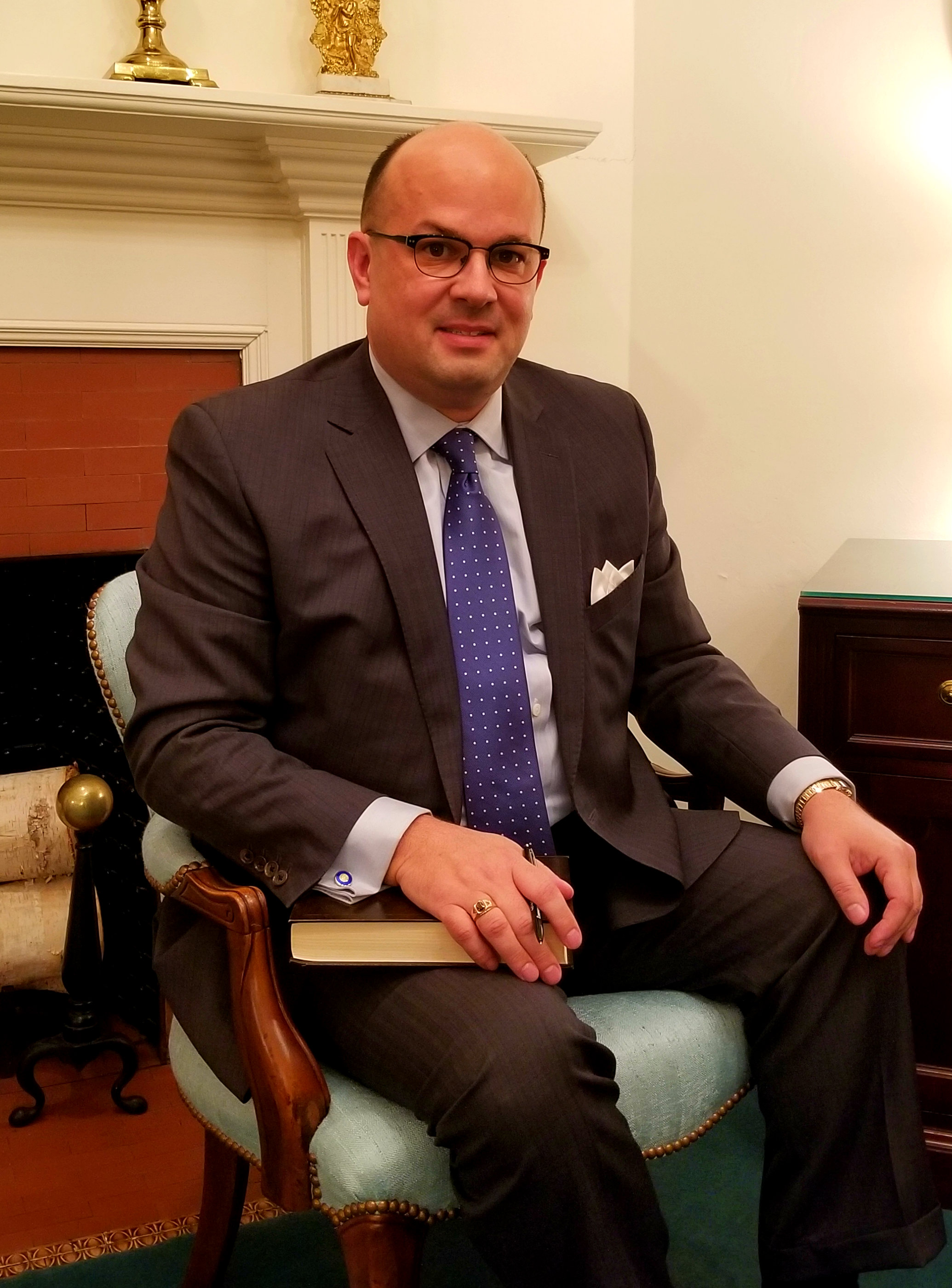 It was like a million dinner parties I’ve attended in my life. Polite chat, crummy music, people networking and stale refreshments. I was having fun though. Enjoying good company and having a few laughs. Then it happened. As it has a million other times in my life. Someone asked me “So.. what do you do for work?” While I’m not ashamed of what I do, and at times I’m mostly proud, I still find myself cringing at that question. “What do you do for work?” I guess I should explain.

Believe me, I am blessed to have a calling in life where I can truly make a difference. I understand and value the importance of my profession and I’m incredibly honored to serve the families I work with on a daily basis. It’s never felt like a job. It’s truly been a gift. I’m forever grateful. Honestly.

It’s only in social settings where I find myself at times uncomfortable and even a little unwilling  to discuss work. Here’s why. Once I say the words.. “I’m a funeral director”  it unleashes a cascade of endless questions and the usual corny jokes I’ve only heard  about a million times. While I gladly invite the opportunity to dispel horrible myths and share the positive side of what some would say is an interesting career choice, I have found that once I let “the cat out of the bag” it becomes the dominating topic of the evening, and I’m now I’m at a party talking about death all night.  Yeah. Fun.  And then there’s always one person who had an Uncle that worked at a funeral home years ago,  and swears to God the bodies sit up. (Not true. Never happens ever. A complete myth by the way. And one every funeral director has had to debunk at least 3000 times.) See where I’m going with this?

I welcome the opportunity to inform and educate the public. I understand people have questions. But the jokes.  The jokes. “I bet they’re dying to see you, Larry!” Every funeral director you know, pretends he’s heard that joke for the first time when you tell him. Upon hearing it, he’ll politely smile at you and even fake chuckle while a part of his soul dies. Because he’s suffered through that line a billion times. Yeah, the jokes have never changed, there’s like only 4 of them and every funeral director you know is sick of hearing them.

If you meet a funeral director in a social situation, it’s ok tell us political jokes, dirty jokes, knock-knock jokes whatever. Believe me, most of us need a good laugh. We are capable and even welcome the idea of discussing multiple topics that have nothing to do with death.

Now I’m not complaining, believe me.  I’m only suggesting that as funeral director’s have been forced to adjust to the changing times, I have found that the public’s image of funeral service and Funeral Directors haven’t changed at all in the decades I’ve been involved.   I am still addressing the same old myths, hearing the same tired jokes and dispelling some awful and long-standing misconceptions people have about funeral homes. And I’m going to mention the jokes twice because they’re incredibly lame. I mean, they’re awful and they’ve never changed.

Seriously though.  Somewhere as a profession we have failed to communicate to the average person who we are, what we do and why our role in society is important. As Funeral Directors, that’s on us. But the awful jokes… that’s on you. Just quit.

Those jokes are older than dirt, and as I see the world around me change, those stupid, unfunny, mortician witticisms haven’t budged and show no sign of going away any time soon. If you’ve ever met a funeral director and felt compelled to say.. “Hey you’re in a  dying business!” or “ I bet things are dead around your office!” … please consider this your intervention. Stop. Get help. There are people who care and support groups you can join.  Enough.

In the end, your average funeral service professional is some man or woman who cares enough to throw themselves into the insanity of being on call 24/7, working holidays and having an awful diet. Yeah, there’s more to it than Cadillacs and standing around in a suit.  So, if you meet one at a party, tell them a dirty joke. Buy them a drink. If you’re so inclined.. flirt with them. That’ll shock them.  They could use a laugh and a break from the chaos of putting everyone’s family ahead of their own. But at all costs, don’t go there. Don’t tell whatever funeral joke you think they’ve never heard. Because I assure you, we’ve heard them all. Trust me. I mean, you should trust me, after all “I’m the last guy to let you down.”

We stand ready to assist you. If a death has occurred, please call us on the number below: