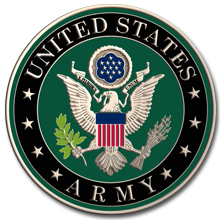 Forest A. Rogers, Jr., 93, died Saturday, January 23, 2021 in the Beverly Hospital following a brief illness. He was the beloved husband of the late Thelma N. (Anderson) Rogers who died in 2014.

Born in Lowell on November 27, 1927, he was the son of the late Forest A. and Frances M. (Carlson) Rogers. After graduating from Chelmsford High School, Forest enlisted in the U.S. Army, serving in the Occupation forces in Japan following World War II. He was honorably discharged in 1948.

In 1951, Forest married the love of his life, Thelma, and they lived together in Beverly for 61 years. They were notorious members of the infamous Parramatta Road neighborhood party crowd. Forest worked his entire career for the New England Power Co. at the Salem generating plant. At home, he enjoyed gardening, creative woodworking, furniture and clock making, and he could fix anything. An avid golfer and hunter, Forest, like most of us, was not good at either. He often shot his age (for nine holes) and rarely shot at a deer. Forest and Thelma loved spending time with their children, grandchildren and great-grandchildren, traveling throughout the United States and to other countries, particularly on cruises, and always enjoyed dining out. In recent years Forest oversaw the construction of True North Ale Company in Ipswich, owned by his son and grandson. There he enjoyed socializing with family and friends and everyone he met became a friend.

He is survived by two daughters, Cynthia Rogers Mears and her husband, Paul of Wenham and Joyce Rogers of Beverly and her companion, Stephen Grout; one son, Gary A. Rogers and his wife, Jill (Eilertsen) of Byfield; five grandchildren, Allison Dollery and her husband, Christopher of Beverly, Angela Fanno and her husband, Matthew of Hamilton, Kevin Mears and his wife, Lauren of South Boston, Jake Rogers and his wife, Liz of Ipswich and Grant Rogers of Victor, ID; six great-grandchildren, Brynn and Anna Dollery, Jacob and Aidan Fanno, Thomas Mears and Forest Rogers; a niece, Paula McNiff of Lowell and a nephew, Robert Anderson of Tewksbury. He was also predeceased by his son-in-law, Karl Erbacher, three brothers, John, Richard and Charles “Chick” Rogers and one sister, Frances Sparks.

His funeral services will be held privately at the convenience of the family. Expressions of sympathy may be made in his memory to Veterans of Foreign Wars, Donation Processing Center, P.O. Box 8958, Topeka, KS 66608-8958 or to any local VFW Post or to Care Dimensions, 75 Sylvan St., Ste, B-105, Danvers, MA 01923.

To send flowers to the family or plant a tree in memory of Forest A. Rogers, Jr., please visit our floral store.

You can still show your support by sending flowers directly to the family, or by planting a memorial tree in the memory of Forest A. Rogers, Jr.
Share a memory
© 2022 Grondin-Carnevale Funeral Home. All Rights Reserved. Funeral Home website by CFS & TA | Terms of Use | Privacy Policy | Accessibility