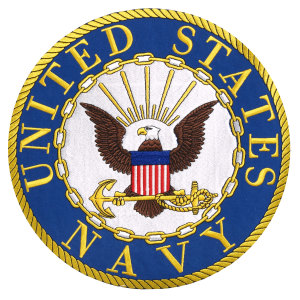 Richard W. Desmond, 95, husband of the late Alice J. (Bartnicki) Desmond, passed away peacefully, March 27th, 2020 surrounded by his family after a brief illness at Kaplan House in Danvers, MA. He was the son of the late Dr. Fredrick J. Desmond, DMD and Muriel G. (Publicover) Desmond of Beverly, MA.

Richard was born on March 29, 1924. He was raised and lived in Beverly all his life. He attended grammar school in Beverly Cove, Briscoe Junior High and attended Saint John’s Preparatory School in Danvers. He completed his education at Brooklyn Academy - Brooklyn, NY.

Upon graduation in 1943, he answered the call to serve his country and enlisted in the United States Navy. After completing his basic training in Newport RI,  he was then assigned as a 2nd Class Sonar Operator  to The U.S.S. Janssen DE 396, a newly christened Destroyer Escort in Houston TX. He became a plank owner as a member of the original crew. After its shake-down cruise in the Bahamas, the ship was assigned to a Hunter Killer Group which include the Carrier Bogue. As part of the Battle of the Atlantic the ship and crew received many unit citations for it’s defense of many convoys traversing the Atlantic. He completed his Naval service as an Instructor of Advanced Sonar at Dartmouth College in Dartmouth, NH and was discharged in late 1945.

During one of his shore leaves at the Boston Naval Shipyard he attended a USO Club in Salem, MA where he met the love of his life, Alice Bartnicki. They dated after the war and were married on May 30, 1950. They raised six children and had a happy marriage of sixty-four years.

After his service in the Navy he went into the carpenter’s union and began his career as an apprentice carpenter. He quickly advanced through the union and company becoming a young foreman at Connolley Brothers in Beverly Farms. He worked on many projects including the Salem Power Station and the Gonzaga Retreat House in Gloucester MA. Richard became a Master Builder and eventually formed Desmond & Larcom General Contractors in Beverly.  He worked on many commercial and residential projects throughout the North Shore which included banks, insurance companies, building the North Shore Regional Vocational Technical High School at the United Shoe/Cummings Center, and raised the First Parish Unitarian church, putting in a full basement which included many classrooms and meeting rooms.

He retired from the construction trades and started Desmond Yacht Yard with his children. He serviced many Northshore boaters and commercial fishermen until his retirement. His love of the ocean never left him, he was an avid sailor and a life member of the Jubilee Yacht Club in Beverly. He and his wife Alice traveled and cruised the world. Mr. Desmond mentored several young men interested in the construction and maritime trades. Richard also was very civic minded and served on the Board of appeals for the City of Beverly. He was an active member of Rotary Club International for many years. His favorite charities were Saint Margaret’s Church and Beverly Hospital.

Arrangements are in the care of The Grondin-Carnevale Funeral Home, 129 Kenoza Ave. Haverhill, MA 01830. As a result of the present health crisis, a celebration of Richard’s life will be announced at a later date. In lieu of flowers, donations may be made to Kaplan House/Care Dimensions, Danvers by visiting www.caredimensions.org or Lahey Health at Home at www.lahey.org. Online condolences may be made by visiting www.GrondinCarnevale.com.

To send flowers to the family or plant a tree in memory of Richard W. Desmond, please visit our floral store.

You can still show your support by sending flowers directly to the family, or by planting a memorial tree in the memory of Richard W. Desmond
Share a memory
© 2020 Grondin-Carnevale Funeral Home. All Rights Reserved. Funeral Home website by CFS & TA